Counted among the leading automobile manufacturers worldwide, Tata Motors, are into action these days. At an event given name as Horizon Next company has gone ahead and launched a new version of the world most cheapest car named as Tata Nano . This new version receives few cosmetic changes as compare to the existing one. 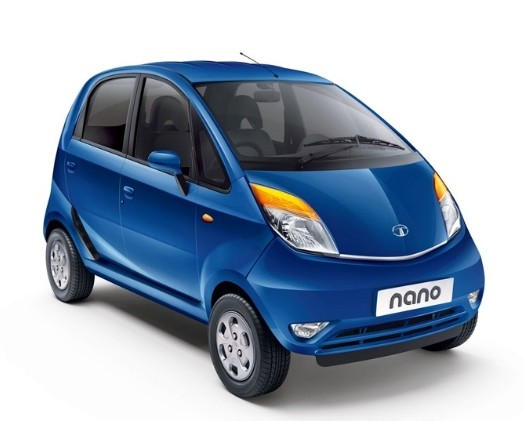 Finally giving a respite for all those waiting fans for the new 2013 Tata Nano. After a long delay and a huge downfall, Tata Motors has finally made the launch of Tata Nano 2013 edition with some refreshing look and new facelifts. From a styling point of view, Tata Nano 2013 edition doesn’t look too different from the existing model and it looks like company has encumbered this new edition with just minor cosmetic updates. Some of the visible changes which can be easily spotted on both the rear as well as in the front side of the car is the new chrome strips and a new revamped restyled bumpers.

Coming back towards it’s power train specifications, this new edition of Tata Nano will continue to be powered by the same 623cc, 33PS engine as in the 2012 model. Tata has made slight tweaks to the steering that promises to make driving easier in the city. As per the information shared by the company officials at the event, the car will be available in dealerships by July 2013 and though there is no word on prices yet, expect a slight upward revision (At present the Nano’s price ranges between Rs 1.53 lakh and Rs 2.18 lakh).

Tata Motors also announced a CNG variant of the Nano called the emax that claims to offer a fuel efficiency of 36km/kg and a combined range of 400km. With CNG costs in Delhi pegged at Rs 40/kg, this amounts to a Rs 1.10 per km running cost. The Nano aside, CNG will also be factory-fitted in the Indica and the Indigo.

For more information on automobiles, Stay tuned with us.