One of the leading multinational automotive manufacturing company, “Tata Motors” headquartered in Mumbai is in the news once again. Globally known for it’s innovative creation in automobiles hatchback segment named as, ” Tata Nano” which was the cheapest developed car by any automobile manufacturing company across the globe till date. 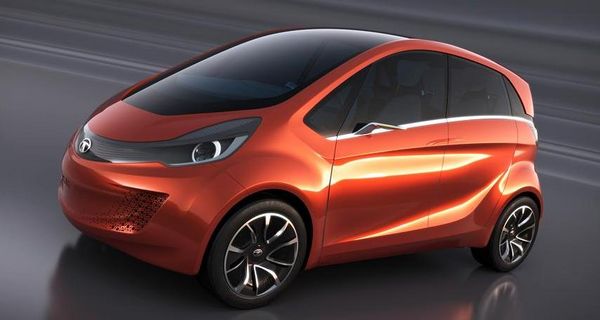 From the Sources, we came to know that this automotive giant is coming up with an alternate plan to produce another hatchback simultaneously with the company leading car in low price hatchback segment, “Tata Nano” at it’s Sanand plant in Gujrat. Sanand is a small village near Ahmedabad city and it is also known as the automobile hub of Gujrat. This is the same place where Tata Motors developed the world most cheapest car familiar as Tata Nano. As per the rumours, the new vehicle, codenamed ‘XO’ which will be developed on the same platform as that of Tata Indica and will also share few components with the same.

We also came to know the reason behind the development of this new B-segment hatchback. This move from the company comes as a counter action against the low sales of Nano. As per the records, The average monthly Nano dispatches in the second half of FY-13 slipped to 2,400 units a month from 6,600 units a month in the first half, before falling to its second-lowest dispatch in April 2013.

While speculating towards it’s specifications, as per the rumors we got to know that here will a new range of powertrains will be used in this new hatchback which may include a 3-cylinder, 1.05 litre diesel unit, 1.4 litre diesel motor powering Indica and 1.2 litre turbocharged petrol engine. However, all these details are yet to be confirmed.

VG Ramakrishnan, MD – South Asia, Frost & Sullivan, said for Tata Motors to break even at Sanand plant, the company needs to attain capacity utilisation of at least 75-80 per cent. “It makes sense for them to make use of the most modern plant that they have right now, it is more efficient and it will help get more incentives from Gujarat, which otherwise will not be utilised,” said Ramakrishnan.

It is rumored that this new XO-hatchback will be positioned just below the company leading B-segment hatchback segment, “Indica” with a competitive price tag. However, the launch details are far away but as per the rumors available on air it could be launched in the country at year 2015.

The MD of Frost & Sullivan said just like Bajaj Auto, going forward Tata Motors could consider using the base of Pimpri-Chinchwad as a R&D and testing hub and move production to more efficient and modern plants in Ranjangaon in Pune and Sanand in Gujarat.